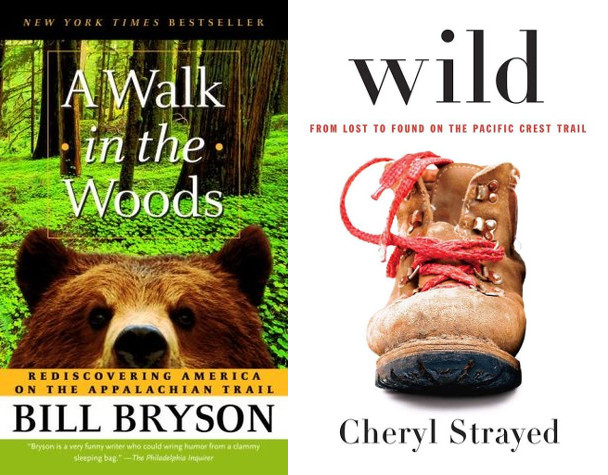 30 Oct2 Hiking Books That Will Make You Laugh and Cry

A look at two hiking books, and how newbie hikers approach thru-hiking the Appalachian Trail (A Walk In The Woods) and the Pacific Crest Trail (Wild).

Backpacking trips as a newbie are challenging. I’ve only completed one such trip in my hiking career so far, and… I drastically overpacked. Carrying that much gear is exhausting: your feet begin to ache like never before, with each step your boots feel more and more like lead, and boy oh boy the blisters. As a result, mental energy is often what gets you through. 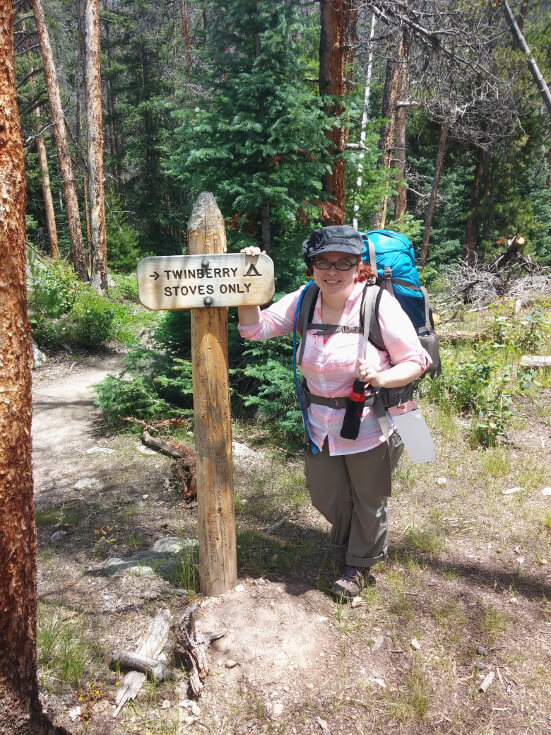 So imagine this: rather than choosing a small trail as your first backpacking excursion, you choose to hike the Appalachian Trail. And I’m not talking just a part of it, but rather the whole 2100+ miles of it. That has got to take some serious guts!

But, that is exactly what the authors of both A Walk In The Woods and Wild do.

These two books take very different looks at thru-hiking from a newbie’s perspective. Let’s take a quick dive into what you might expect from each book. No Spoilers, I promise!

A Walk In The Woods By Bill Bryson

If you’re looking for a good book that will make you laugh out loud until your sides hurt, all while learning about the history of the Appalachian Trail (AT), this is the hiking book for you. 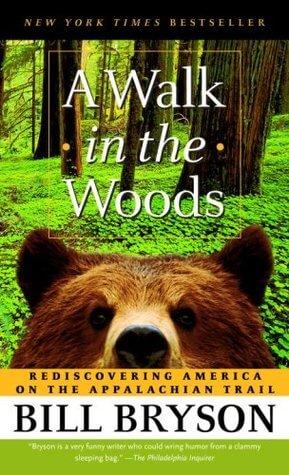 Bill Bryson writes books about traveling the UK, Europe, Australia, and the US in several books over the years. His writing contains a lot of dry humor and is a bit pessimistic. However, he’s very informative. Even though he was born in the US, I’d say his style of humor is very British.

The book is set up such that in each chapter you learn something about the Appalachian Trail, and then you continue to read a bit more about Bryson’s thru-hike.

Bryson lived in a town where the AT passed through. Upon seeing the trail, his initial thoughts of hiking over 2,100 miles were along the lines of: “Sounds neat! Let’s do it!”

Maybe at first thru-hiking a 2,100-mile long trail sounds glamorous and fun. Maybe one day I’d like to do it too, but doing this with no experience whatsoever? What were you thinking Mr. Bryson?

“… I would no longer have to feel like such a cupcake. I wanted a little of that swagger that comes with being able to gaze at a far horizon through eyes of chipped granite and say with a slow, manly sniff, ‘Yeah, I’ve shit in the woods.’”

Now, I really loved Katz. The guy is out of shape, crass, constantly craving junk food, but he still has the gumption to keep going when things get rough. Katz often ends up as the butt of many of Bryson’s jokes but balances out Bryson’s pessimism with unfiltered humor.

If you’re a bit of a newbie to backpacking like I am (or remember being one), you can relate to the things Bryson jokes about in the book:

However, Bryson and Katz’s banter is what makes this story:

“For two days, Katz barely spoke to me. On the second night, at nine o’clock, an unlikely noise came from his tent- the punctured air click of a beverage can being opened– and he said in a pugnacious tone, ‘Do you know what that was, Bryson? Cream Soda. You know what else? I’m drinking it right now, and I’m not giving you any. And you know what else? It’s delicious.’…’Man that was so good. Now fuck you and good night’”

While most of the sections regarding history and nature were very interesting, there are a few that went just a bit too long. Like many, I read before going to bed, and it’s not going so well when your eyes get a bit heavy and you doze off.

Additionally, there were a few places in this book where Bill Bryson takes a bit of a holier than thou attitude and characterizes nearly everyone in Appalachia as an inbred hillbilly… this did not sit well with me and frankly made me a bit upset.

Unfortunately, the ending was a bit anticlimactic… but I don’t want to spoil it for you.

Why You Should Read

In spite of Bryson’s tendency to talk down about others and the less than stellar ending, I still enjoyed the book. I was there for the laughs! Also, I felt for both Bryson and Katz as they hiked the Appalachian Trail as complete newbies. Their fears and worries were my fears and worries — no matter how unfounded they are.

Both of them learned lessons while hiking the AT, and I’d like to leave those for you to discover when you read A Walk In The Woods.

If you’re looking for a book on hiking that is about finding yourself while taking you on an emotional rollercoaster, take a look at Wild. 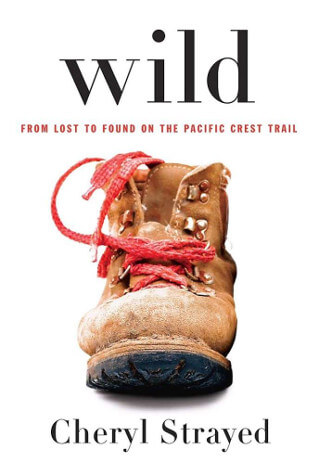 This book will probably make tears roll down your face. Cheryl Strayed does a great job at detailing her mental journey of hiking the Pacific Crest Trail (PCT). The mental and physical struggles on any of the thru-hiking trails in America is different for everyone, so it’s intriguing to peek into someone else’s life and transformation.

Cheryl embarks on her journey to find herself. She literally sells everything she owns, asks a friend to send her resupply boxes she packed before her journey. She goes on this journey because… well, I’m not sure she even knows.

It’s clear Cheryl doesn’t really know her place in the world. Her mother just died of cancer, and her life was falling apart. She had turned to sex with strangers and drugs for happiness. Somehow she saw the PCT as a way out of that mess.

At first, she happens upon a book in a bookstore that gives her the idea to do the thru-hike and flippantly decides that is what she is going to do for one summer. She is woefully unprepared, and her backpack, which she calls Monster, is overburdened with things she doesn’t need, including several books.

“I was amazed that what I needed to survive could be carried on my back. And, most surprising of all, that I could carry it.”

It’s her cross to bear though, and she doesn’t lighten the load much through her journey in spite of the pain it causes her.

What I enjoyed wasn’t the hiking, but rather her personal story.

Cheryl meets many people along the way, which help her in her journey. But, most of this journey is done alone as she recalls the pains of her past and begins to heal. This book is about grief, and it’s something that can resonate with many. It’s almost like her pack Monster is the heavy grief that she carries after her mother’s death, and through carrying it she gets stronger and more able to deal with the pain.

Her perseverance is admirable:

“It was a deal I’d made with myself months before and the only thing that allowed me to hike alone. I knew that if I allowed fear to overtake me, my journey was doomed. Fear, to a great extent, is born of a story we tell ourselves, and so I chose to tell myself a different story from the one women are told. I decided I was safe. I was strong. I was brave. Nothing could vanquish me.”

I couldn’t get past how unprepared Cheryl was on the PCT. It was reckless to go off on this journey without much of a clue as to what she might encounter. Additionally, she puts herself in so many situations where others help bail her out.

Why You Should Read

Perseverance through the rough times and the ability to overcome are traits I rate very highly in a person. Cheryl’s journey from “Lost to Found” is unique. She’s forced to think through some of the major problems in her wild life and confront each one head on.

This kind of transformation is admirable, and I enjoy going on it with her. Learning about her mother, you really begin to learn the depths of love she had for that woman, and you understand why her grief runs so deep that it flipped her world upside down.

A Note On Thru-Hiking And Being A Noob

It would be irresponsible of me to say that these two books should set a standard of what a thru-hiker should be. Both authors were thoroughly unprepared, and it shows:

Please, if you are considering doing a thru-hike, be prepared! Do several long backpacking trips, read about what you will encounter, and brush up on those navigation skills. People die every year on these trails, and it’s often due to a lack of preparedness.

I like these hiking books for their entertainment value and the personal transformations, but please… be sure you’re more prepared than the examples they set!

I like that these two books, even though they are about similar topics, were very different. Both serve a purpose:

I hope that you’ll enjoy one or both of these hiking books in the future.

Now to figure out what to read next! If you have any suggestions for an outdoors book to read, leave a comment below. 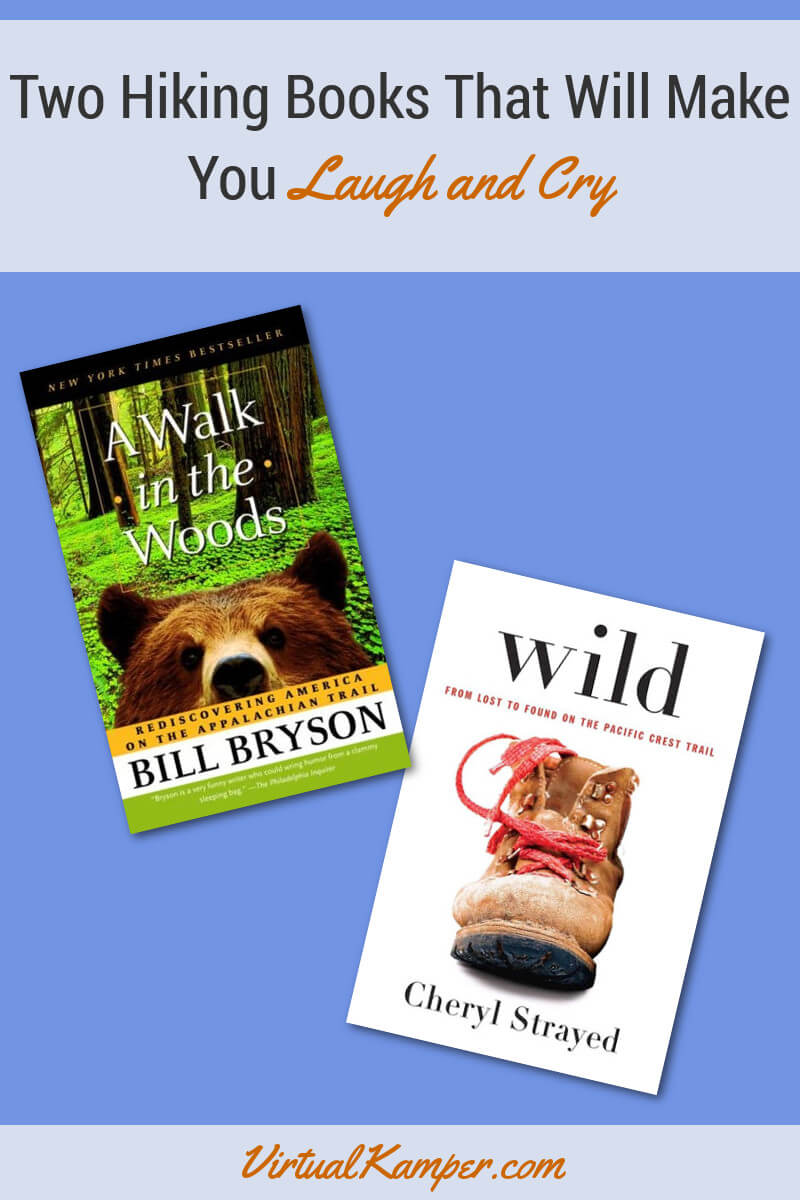 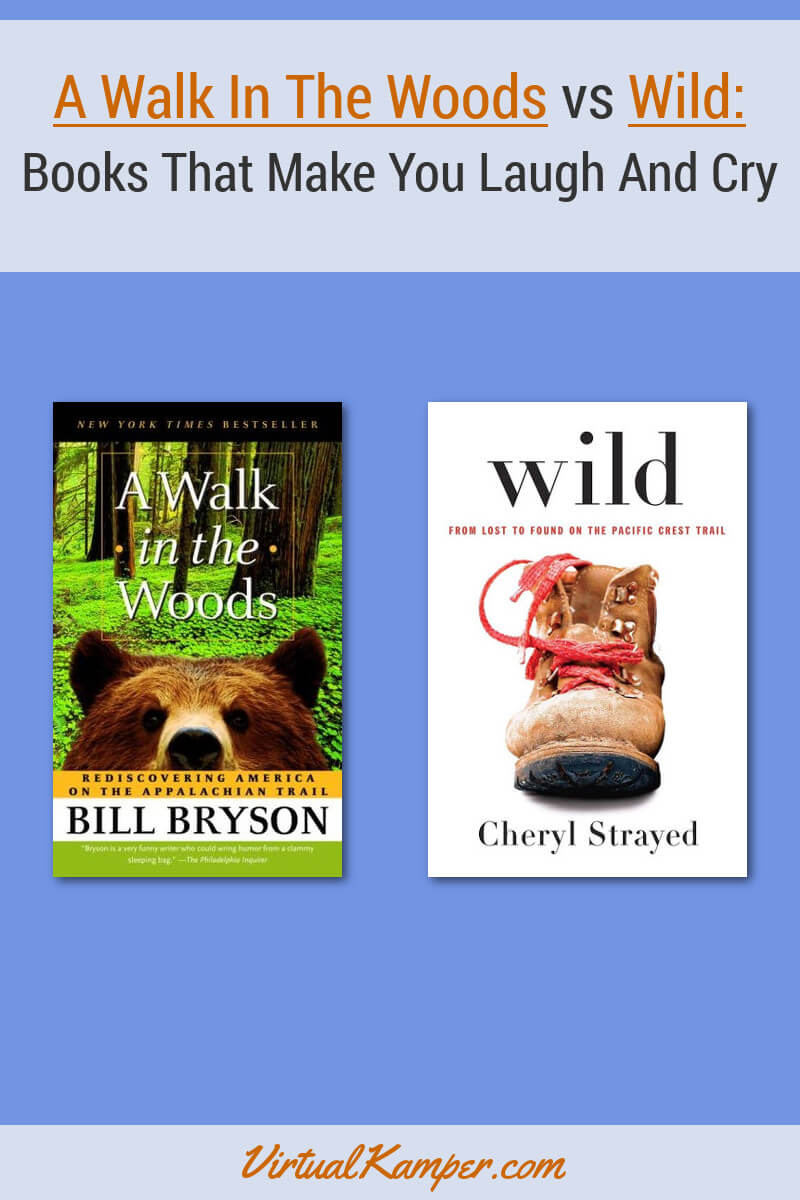